The sombrero is a classic Mexican look that has been around since the 15th century. What do you know about sombrero history?

Hola amigos! Now that summer is here and the UV index is getting higher, it’s important to keep yourself protected from the harmful rays of the sun. And what better way to do so than with a Mexican sombrero? Not only will you be sun-safe, but you’ll be sure to turn heads with your unique statement piece!

So, where did the sombrero originate? And how did it come to be a staple in Mexico? Let’s dive into some sombrero history and find out!

Where it all began

Beginning with the name, sombrero comes from the Spanish word ‘sombra’, meaning shade and appeared as early as the 15th century. Pinning down the exact origin of the sombrero can be a little tricky. 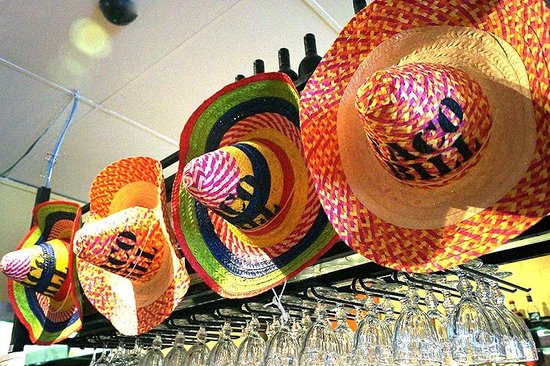 It’s been said that they began in Spain and were later found, popping up in Mexico. Sombreros became popular in Mexico due to the hot climate and working conditions and ended up sticking around!

Thought there was only one type of sombrero? Well think again!

The traditional sombrero is the largest of them all and typically worn only by Mariachi bands or during celebrations. It’s lightweight, despite its size and are often made of straw.

Sombreros can come in handy for doing outdoor work, which is when you’d grab a quinciano sombrero. This type of sombrero is very light with a smaller brim and made of cheap material.

Like the sound of the quinciano sombrero but looking for something a little more durable? Then the diecinueve sombrero is for you! They usually have a more complicated weaving pattern, making it more distinctive.

Veintisiete sombreros take sombrero to a new level altogether! Made of a thick woven material that allows you to fold the hat in half, it’s understandable that this high-end sombrero takes roughly a month to be made from scratch!

A full sombrero is heavier and typical decorated with small objects and colourful felt.

Then of course, there are the modern day sombrero hats, often worn by women on the beach. Whatever the case may be, you can never go wrong with a sombrero!

Taco Bill Mexican understands the importance of this traditional Mexican hat and wants to share its history with all who want to know more, which is why we always have sombreros on hand! Come in for some Mexican food and a pancho villa (fishbowl margarita) to get a sombrero of your very own! Book your table today.

Mexican Summer Menu Items
Summer is here which means it's time to dig into some fresh and tasty summer food! Taco Bill has an excellent summer menu on hand that we can't wait to share with you.
Mexican Food Trends of 2018
This past year in Melbourne has been filled with many food trends. What Mexican food trends do you reckon were the best and most popular in 2018?
Mexican Revolution Day Named Our Fishbowls!
Did you know that Mexican Revolution Day is behind the name of our famous fishbowl margaritas?! Learn more about this upcoming holiday!
Top 11 Secrets to Winning a Burrito Challenge
Who's ready to eat? Take on a 2.5 kg burrito with our top 12 secrets to winning a burrito challenge! Competition takes place October 29th - November 2nd.